Dr. Glidden: I’m Dr. Peter Glidden. I’m a licensed naturopathic physician and have 25 years of clinical experience helping people to recover their health with science-based, clinically-verified alternatives to drugs and surgery and I’m here with a close, personal friend of mine, my mentor and my colleague – Dr. Joel Wallach. We’re going to be talking today about Dr. Wallach’s ground-breaking medical nutrition information and his very famous lecture Dead Doctors Don’t Lie and an autobiographical book of the same name.

Dr. Wallach: Thank you Dr. Glidden, I appreciate the introduction.

Dr. Glidden: So what makes your view of medicine different from anybody else’s?

Dr. Wallach: Just by way of introduction, for those that don’t know me, the thing that makes me different is that I have a degree in agriculture, I’m a veterinarian, a comparative pathologist and a naturopathic physician for 36 years. It’s a different thing to be a physician and I’ve learned this of course in veterinarian medicine growing up on the farm – a veterinarian would come out to the farm and say “look, your bull here has arthritis in both hips, it will cost you $160,000 for double hip replacement…” BAM! – you’d hear the shot go off as the farmer shoots the bull!

But, as the farmer would have the veterinarian tell him “look, your bull has arthritis, that’s why he can’t breed with cows. But, for a few pennies here I can regrow the cartilage and hips and he’ll be as good as new in 90 days.” And that bull has a new lease on life. Farmer’s happy, he saves his money and he’ll invite the veterinarian back. Now if we use the human system for health care on livestock, it would be so expensive that a dozen eggs would cost you $250 per pound and a hamburger would cost you $500 – just to pay for the health care. So, we invented a system in the livestock industry of prevention. This is how we deal with it – mostly. We can reverse diseases with nutrition, but it’s still a little more expensive than actually preventing disease. So, we work on a herd basis. So, we treat herds as opposed to treating individuals. And as a result, we’ve wiped out Type II diabetes, Parkinson’s disease, cancer, MD, heart disease of all kinds, liver disease, fibromyalgia, birth defects like cleft palate, things like cerebral palsy. Early births that require 2-3 months in the incubator… can you imagine the farmer having to put 30% of his calves every spring in an incubator for three months for be can put them in the feed lot? Uhh… hamburgers would cost right about $500.

And so we learned how to deal with all this and it always fascinated me as a kid why we did that for animals and why nobody did the same thing for people. I didn’t pursue it because I was so busy with my animal stuff with Marlin Perkins and saving the white rhino and the elephants in Africa and I was forced of course into treating humans when I was fired for discovered the first non-human cases of cystic fibrosis in rhesus monkeys. When you have that kind of information, I couldn’t bring myself to feel good about going and doing something else. When you have that information, you can save millions of kids… I had to pursue that and that’s how I (Dr Joel Wallach) got into human medicine. 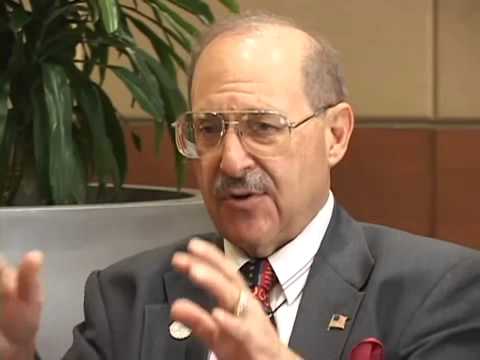