The Citizens Committee for Better Medicine is proud to present “The Wallach Revolution  – (An Unauthorized Biography of a Medical Genius)”. The book is now available and chronicles the challenges, successes, and unique perspective of Dr. Joel D Wallach, a true pioneer in the field of science-based, clinically verified medical nutrition. (No portion of the content on this site may be exhibited, used or reproduced by any means without express written permission of the publisher.) Click HERE to get your copy of this brand new book!
Chapter 8 Page 7

Although thalidomide had not been approved for marketing in the U.S., the drug industry nevertheless seized the opportunity to protect its interests and to channel public concern in favor of a regulatory solution that would benefit industry leaders.  Fearing stringent new regulations that would interfere with the marketing of existing drugs while welcoming an excuse for new market protection against industry entrants, major pharmaceutical companies lobbied the United States Congress to come up with amendments to the Food Drug and Cosmetic Act that would purportedly ensure greater drug safety.  In point of fact, the new law and regulations grandfathered all drugs then on the market and imposed new, costly regulatory hurdles on the introduction of new drugs.  Existing firms with major market shares would thereby enjoy added protection against competition while retaining and consolidating their market positions based on existing drug sales.

Senators Estes Kefauver of Tennessee and Congressman Oren Harris authored the amendment (the Kefauver Harris Amendment) that grandfathered drugs then on the market while requiring manufacturers to present the FDA with evidence of safety and efficacy to the agency’s satisfaction.  FDA would then approve the drugs for marketing if the evidence supplied was deemed sufficient.  President John F. Kennedy signed the law on October 10, 1962.

From the start the new law failed to serve its purported public interest purpose.  To be sure, all drugs then on the market were exempt from any review, grandfathered so as to allow them to be sold in perpetuity.  Moreover, the agency review process was entirely driven by studies performed by the drug companies themselves.  The drug companies performed the clinical trials and determined for themselves whether the drug agents they wished to market were sufficiently safe and effective.  In other words, the party with the greatest conflict of interest, the party that had its own interest in marketing the drug on the line, was given plenary authority to do the tests that would show whether the drug was safe and efficacious.  Unsurprisingly, no new drug applications were ever filed in which the company submitting them recorded that its own drugs were unreasonably unsafe or insufficiently efficacious.

The anti-competitive aspects of the law not only arose because it grandfathered existing drugs and imposed costly new regulatory hurdles to introduction of new drugs, but also because the law defined the term drug in a way that excluded competition.  The Food Drug and Cosmetic Act defined the term drug based on intended use, not on therapeutic composition.  A drug was not something that was used to cure disease but rather anything intended for such use.  Consequently, an orange would become a drug under this definition if it was intended for use in mitigating the effects of a cold.  Sell it for its nutritive value and taste, and the law would allow it as a food without requiring FDA pre-approval.  Sell it as a way to help lessen the length or severity of a cold, and the FDA would declare it a drug, bar it from sale, and prosecute those who sold it for putting in commerce contraband (an unapproved new drug).  In this way, the FDA not only protected big pharmaceutical interests from competition within the drug industry (by erecting a byzantine set of regulatory barriers that imposed enormous costs on anyone who dared seek drug approval), not only by granting synthetic drugs monopoly patent protection, but also granting drug companies with FDA approved drugs a monopoly on therapeutic claims. 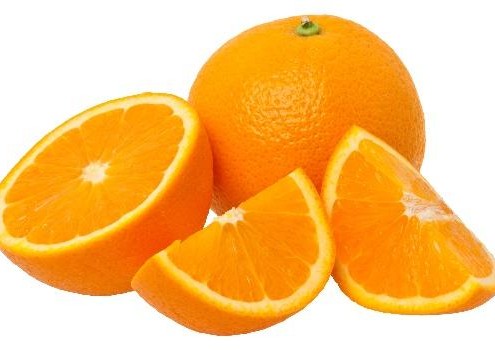