The Citizens Committee for Better Medicine is proud to present “The Wallach Revolution  – (An Unauthorized Biography of a Medical Genius)”. The book is now available and chronicles the challenges, successes, and unique perspective of Dr. Joel D Wallach, a true pioneer in the field of science-based, clinically verified medical nutrition. (No portion of the content on this site may be exhibited, used or reproduced by any means without express written permission of the publisher.) Click HERE to get your copy of this brand new book!
Chapter 13 Page 3

Within the last decade, the scientific community has again become intoxicated with the notion that human characteristics can be altered through genetic engineering in ways that will yield “desirable” traits.  The mapping of the human genome is based on the supposition that we may be able to eradicate all disease in the world if only we learn how to tinker with specific links in the DNA chain.  This notion carries with it grave dangers of a revival of new concepts of a master race, where subjective judgment as to which traits are “desired” and which are not lead to public policies that manipulate procreation.  As Virologist Nessa Carey astutely observes in The Epigenetics Revolution:

There’s no doubt that the DNA blueprint is a starting point.  A very important starting point and absolutely necessary, without a doubt.  But it isn’t a sufficient explanation for all the sometimes wonderful, sometimes awful, complexity of life.  If the DNA sequence was all that mattered, identical twins would always be absolutely identical in every way.  Babies born to malnourished mothers would gain weight as easily as other babies who had a healthier start in life. . . [W]e would all look like amorphous blobs, because all the cells in our bodies would be completely identical.

[But instead] [s]cientists in both the academic and commercial sectors are . . . waking up to the enormous impact that epigenetics has on human health.  It’s implicated in diseases from schizophrenia to rheumatoid arthritis, and from cancer to chronic pain . . . .

Gene research is now all the rage, as molecular biologists race to determine which genes are associated with which characteristics.  In 2003, the Human Genome Project declared that it had completed the mapping of the human genome.  Gene manipulation research is occurring around the world, with new varieties of disease resistant crops, modified cows, and even a limited amount of human gene manipulation.  A new class of gene focused drugs is on the horizon, where patented formulas that alter genes either in utero or in the grown human will be marketed as means to transform man into a super human free of various diseases. 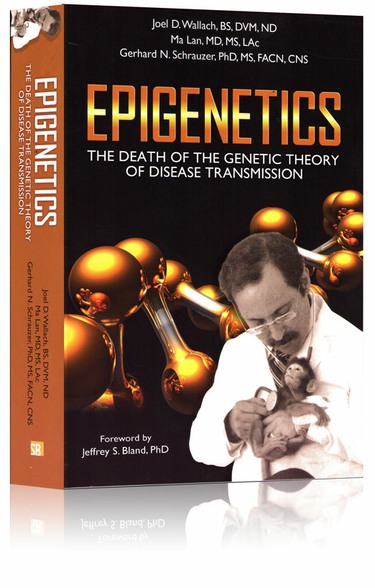 In Epigenetics, Wallach stands against the tide, recalling the horrible racial and ethnic cleansing that occurred the last time politics and science united in the view that manipulating the gene pool to produce “desired” characteristics was a noble objective.  Wallach explains that the genetic theory of disease is yet another folly, an enterprise which has absorbed billions in public and private funds but is in many respects a fool’s errand.  “The genetic theory of disease transmission is based on manipulation of observations, lack of complete information, isolated facts, descriptions of events and dogma,” Wallach writes.  Moreover, Wallach emphasizes that the Human Genome Project discovered a truth about the individual genome that confounds any ultimate utility of the entire endeavor to link genes to disease states.  No two genomes are alike, except in identical twins, but even in twins genetic expression differs based on the environment.  That fact makes the notion of a one size fits all solution impossible, confounding attempts to use gene manipulation stimulated by either a drug or medical device, as a general disease cure.