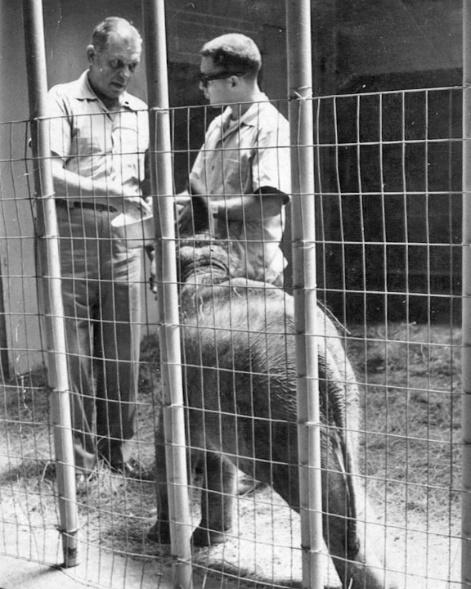 With his formidable ability to concentrate and his tenacious pursuit of objectives, Joel Wallach committed in his teenage years to become a veterinarian.  More than that, he intended to learn from animals the key elements to healthful existence with the goal of one day making discoveries that could be translated into benefits for mankind.

Many born into humble circumstances find it hard to dream of achievements far beyond the limits of their life’s experience, but not Joel Wallach.  He dreamed of achieving greatly since youth and believed fundamentally in his own ability to transform his dreams into reality.  His worldly experience taught him that nothing was truly impossible and that with a strong will, intelligence, and enough determination he could always find a way.  He knew not to leave things to chance but to make change happen.  Indeed, he appreciated that in America there really is no limit to what one can achieve, the determining factors were strength of conviction, savvy, and will power.  Even if others could not find a way to make their dreams come true, Wallach knew he could and would.  That self-confidence has been with him since youth and has never left him even in the darkest of times.  It defines who he is to this day.

>At the summer breaks his freshman and sophomore years of high school, Joel Wallach worked at the St. Louis Zoo where Marlin Perkins also worked.  Perkins later achieved world renown as the host of Mutual of Omaha’s Wild Kingdom. Wallach and Perkins shared similar backgrounds.  Both Wallach and Perkins are Missouri natives.  Both were humble, hard-working, entrepreneurial, and led to achieve their dreams despite the obstacles.  Perkins was born in Carthage, Missouri.  Perkins also attended the University of Missouri for a time, albeit he left the university before graduating so he could work at the St. Louis Zoo.  After working elsewhere as a zoo director, Perkins returned to the St. Louis Zoo, serving as its Director from 1962 until his death from cancer in June of 1986.  In 1963, Perkins became the host of Mutual of Omaha’s Wild Kingdom.  Perkins retired from Wild Kingdom in 1985, a year before his death.