The Citizens Committee for Better Medicine is proud to present “The Wallach Revolution  – (An Unauthorized Biography of a Medical Genius)”. The book is now available and chronicles the challenges, successes, and unique perspective of Dr. Joel D Wallach, a true pioneer in the field of science-based, clinically verified medical nutrition. (No portion of the content on this site may be exhibited, used or reproduced by any means without express written permission of the publisher.) Click HERE to get your copy of this brand new book!
Chapter 2 Page 8

In this aspect, we learn another important lesson about the character of Joel D. Wallach.  He is fiercely loyal.  For those who have been there for him, he is there for them.  Years may pass, people may change stations in life, and circumstances may change, but Wallach’s loyalty remains solid and dependable come what may.  He never forgets a good deed and ordinarily rewards the person responsible.  He has built solid alliances over the years precisely because he is not only loyal but goes out of his way to help those loyal to him.  It is a brand of loyalty more commonly seen among battle hardened troops who have survived death due to that synergistic combination of grit, courage, ability, and leadership that they share with their commanding officers.  Likewise, Wallach, in a battle to transform how the world looks at disease and treats it, regards those who have been in the trenches with him, fighting against orthodoxies and advancing his mission as indispensable.  He remains loyal to them for a lifetime.

At the Center for Biology of Natural Systems, Wallach performed thousands of autopsies over the course of three years, the largest number he performed in his entire career to that point, expanding his knowledge of the nature, kind, and degree of disease affecting different species and his research into the role of nutritional deficiencies in contributing to disease.

At the Center, Wallach began systematically to associate specific disease states in animals with chronic nutrient deficiencies, most often mineral in nature.  That association was revolutionary, because even among the enlightened at that time their focus was almost exclusively on vitamin deficiencies without any serious regard to mineral, trace mineral or amino acid deficiencies.  Wallach speculated, with good scientific grounds and convincing logic, that deficiencies produced disease in animals of different species and, so, likely also contributed to those same disease states in humans.  Increasingly, he became convinced that nutritional therapies were the solution not only to the health problems of animals but also to those of humans. 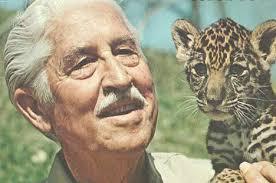 By the conclusion of his work at the Center, Wallach had spent the better part of two decades performing thousands of autopsies, involving hundreds of different species and also thousands of human cadavers for comparison.  He had become a nutrition science Leviathan, one of the few comparative pathologists who had performed large numbers of animal and human autopsies and one of the few people in the world who had come to the knowledge that minerals, not just vitamins, played a critical role in preventing and treating a whole host of disease states.

Although by the late 1960’s, the nutrition science revolution was in its infancy (and some scientists toyed with the idea that vitamins were capable of serving as effective disease mitigating agents and treatments), no one other than Wallach had come to the informed opinion that minerals too were indispensable.  Wallach was the lone expert in mineral and trace mineral treatment of disease, and he had not yet been given an opportunity to present his findings to peers, let alone the world at large.