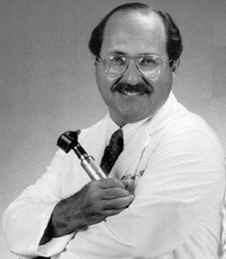 In 1982 Joel Wallach graduated from the National College of Naturopathic Medicine in Portland, Oregon, with an N.D. degree.  From 1982 to 1993, Wallach worked as a naturopathic physician, treating humans.  “He’ll treat you like a dog, but you will get better,” became an adage associated with Dr. Wallach’s medical practice, meaning that many of Wallach’s remedies for animal disease were applied to humans and worked just as well.

In his lectures, Wallach often informs audiences of this fact to much hearty laughter.  He facetiously explains how a patient would come in for a medical exam, see Wallach’s University of Missouri doctor of veterinary medicine degree on the wall, and then see him approach with an enormous glove designed for the rectal examination of pachyderms, whereupon more seasoned patients in Wallach’s waiting room would announce that he treats you like a dog, but you get better.

In all seriousness, however, it is common for basic research concerning the effects of nutrients on human health to begin in animal studies.  While animals differ from human beings in several important respects, many species are enough like humans or, if not, the particular mechanisms of action involved are enough like those in humans, that extrapolating from animals to humans is reasonable.  Indeed, the customary scientific method is to begin with animal research and progress to human research in the study of diseases and treatments for disease.  Unusually, Wallach knows both sides of this equation.  Most scientists who engage in animal experiments are not also ones who engage in human experiments.  For decades, Wallach performed comparative pathologies, dissecting animal and human cadavers and comparing pathologies in both.  That experience made him an extraordinary diagnostician.  Because of his high mental aptitude, it also blessed him with superior insight yielding discoveries that are the product of true medical genius.